Every Visual Basic programmer is familiar with the idea of an interactive designer.  For example, User-Defined Forms and UserControls are created and edited using VB6's intrinsic GUI designer.  The GUI designer allows the programmer to interactively edit a visual representation of the Form or UserControl and then stores most of the information in text-based files (.frm/.ctl) files. In addition to its GUI designer, Visual Basic allows third party component developers to create their own interactive component designers. These Third-Party Designers (3PDs) require the installation the third-party product.  They allow the programmer to interactively edit a visual representation of their components and store design-time information in proprietary binary format. This is somewhat similar to, but generally more obscure than, the problem of complex third-party control information stored for forms and controls in binary frx and ctx files.

VB6 also has intrinsic DataReports, DataEnvironments, WebDocuments, and PropertyPages all with their own custom designers. These types are rarely used in the codes we have seen so they are not fully supported by gmBasic at this time.

gmBasic is able to read and store information from text-based designer files, but it cannot read the information in proprietary dsx files.  Consequently, the details of the 3PD subclasses are undefined making it very difficult to interpret code that uses them.

In order to process a 3PD subclass, the dsx files must be converted to a text format that gmBasic can read, interpret, and load.

This article describes how different types of custom designer APIs are handled. 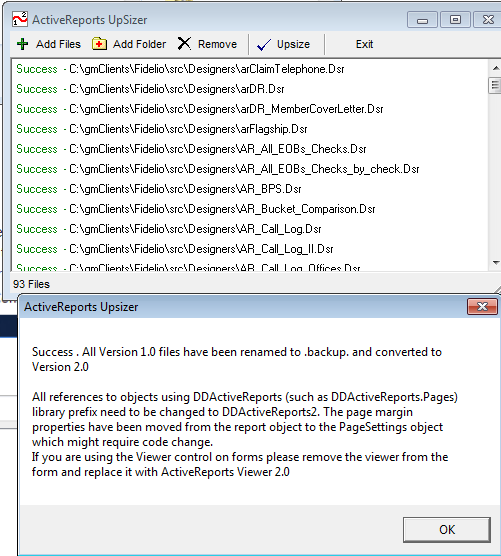