You are viewing an old version of this page. View the current version.

On the Road to .NET

BMW Financial Services is committed to Microsoft technologies and has used Visual Basic (VB) as the mainstay of application development for over ten years. Our applications began taking shape in 1994, even as VB itself was still growing up. In early 2000, I was hired to manage the newly established system architecture team. We found ourselves facing a wide variety of architectures and coding styles. Although we are almost purely a VB shop, we had several different application frameworks and our code employed a number of different "standards" for common tasks. We also used over one hundred different third-party COM components. Our intent was to standardize our architectures and to implement more intelligent code reuse, but such changes are expensive and building a case purely on the basis of architecture goodness is near impossible.
By 2001, Microsoft had begun to promote its new, improved development platform: Microsoft's next generation toolset that would become .NET. We decided that this new platform should become a key component of our standardization strategy. As luck would have it, in early 2002 we found ourselves at cross roads: we were about to embark on a major CRM package implementation. The package warranty did not allow us to use stored procedures – the other mainstay of our application development. We would have to use the package's APIs. By now, .NET was entering the mainstream, particularly for developing middle tier web services. It was a match made in heaven: we needed a solid platform for integrating with the CRM package, and .NET fit the bill perfectly. By the end of the year, we had used C# (See Sidebar: Choosing a.NET Language) to design, build, and deploy a service-oriented middle tier that integrated our legacy applications with the CRM solution. More importantly, we had also educated management about the impending loss of VB support and got the go ahead to build additional .NET frameworks that would form the foundation for migrating to .NET.
We planned three application frameworks to help us migrate: one for desktop, one for web, and one for batch jobs. We fondly refer to these frameworks as DesktopCAFE, WebCAFE, (CAFÉ stands for Common Application Framework for the Enterprise), and BEEF (Batch Environment Execution Framework). Each of these frameworks leverages .NET and the Microsoft Application Blocks / Enterprise library to provide architecture support for quickly assembling robust, modular applications.

By the end of 2003, we had published the Batch Architecture Strategy, the WebCAFE adoption strategy and had also deployed a very basic version of DesktopCAFE. Also in 2003, our service-oriented middle tier grew at frightening pace. In our haste to provide an easy-to-use service framework for the CRM project, we put very little governance around the creation of new services. This was both good and bad. On the good side: the C# middle tier provided a ready alternative to writing more VB. On the not so good side, it was the only alternative; and we soon had a library of over 100 services of questionable purpose.

Our VB Retirement Strategy was a small document (26 pages) with several parts. It presented the case for VB retirement. It described the as-is and the to-be states of our processes and architectures. And, it spelled out our guiding principles of .NET adoption. Most of the strategy was dedicated to describing the process improvements and other efforts that would be needed to ensure success.
One of the most important aspects of the strategy was the set of guiding principles that would steer our decisions about .NET adoption. These are listed below:

These five processes interact to reduce the cost and increase quality and speed of the .NET adoption effort. For example, an investment in Translation capability will result in higher quality C# code that is more correct and ready for Rearchitecting. An investment in Retooling will result in more repeatable translations, builds, and deployments, as well as smoother adoption of new architectures and tools. Rearchitecting will yield more complete specifications for Translation and a solid target for migrated applications. Testing will ensure that other migration processes are working properly. Managing coordinates and balances these activities to make the most efficient use of program resources. Figure 1 shows how these processes relate to each other. 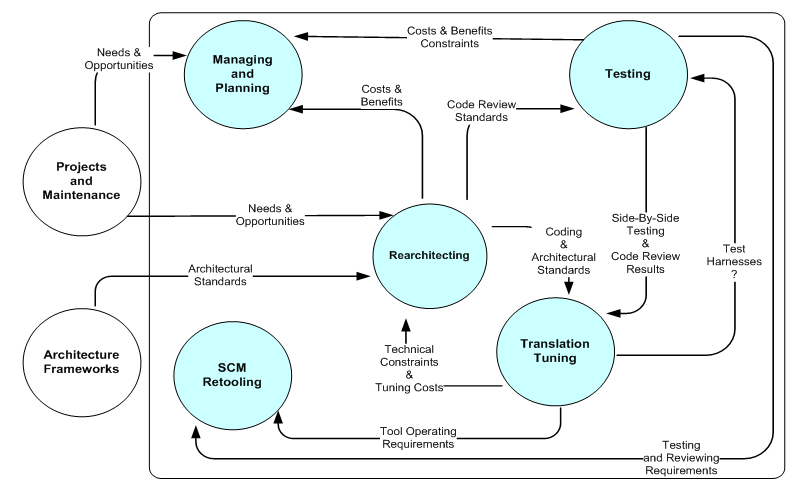 Figure 1: Relationships among the Five Pillars of Migration

Estimating the Cost of VB Retirement

In addition to agreeing on a strategy, 2004 also saw us reach the more important .NET adoption milestones:

In mid 2004, we tackled the daunting task of setting a budget for VB retirement. At the time we were actively maintaining over a million lines of VB code in thousands of files and hundreds of application components. In addition to the sheer volume of code, estimating was difficult because so many important factors were unknown. For example:

Despite the uncertainty, we still needed to produce numbers for budgeting purposes. We made an assumption that some, yet to be identified, automated translation process could do most of the work and we would only estimate the effort needed to "fit, fix and finish" each module to the point where it would be ready for user acceptance testing. We qualified each form module as simple, medium, or complex and assigned relative effort based on the complexity. We assigned hours for class and BAS modules based on the number of lines. We identified obsolete components and excluded them from the calculations. Our development teams were able to qualify all 3500 files fairly quickly. Next we added some overhead for testing, translation tuning, and management, and used a spreadsheet to compute the total. It was certainly not perfect, but it was a number that we could explain and that we were comfortable with.
Our cost model made two important assumptions: First we would use new architecture components to replace legacy architecture components, and, here's the kicker, the creation of these new components would be funded using separate funds; after all, it did not make sense to keep build new systems in VB, so we had to build a new architecture with .NET applications anyway. Second, we would use a translation process to do a portion of the work; tuning the process would be funded by the migration program. Given a new architecture target and a tool to do most of the grunt work, the remaining costs over the life of the project would be something we call FF&F: Fit translated code to the new architectures, Fix any residual translation issues, and Finish the job with testing and deployment work.
Figure 2 shows how the effort is divided up among manual FF&F, translation, and architecture work. Notice that we assume the tuned translation process will do a lot of the migration – translating hundreds of thousands of lines of code. Also notice that the cost of adopting the new architecture components is partially handled by the architecture rollout and partially by the manual migration effort. Manual Work

2006 and Beyond – Running the Migration Factory

By early 2006 the new architecture frameworks were all firmly in production and ready for adoption by migrated legacy applications. Tuning the translator to match our architecture standards gradually leveled off as all significant issues were resolved and all enhancements were implemented. Running the translation has become a minor step in our release cycle. We translate a large pre-determined set of components for migration at the beginning of a release cycle, what we call the Cut-Over translation. The new C# code is then built and tested with the rest of the release with minimal manual intervention, and more importantly, no surprises. To finish the program on target, we will have to upgrade 30-40 VB components with every release – that's almost 100,000 lines of code every two months! The next two years promise to bring a burst of evolution to our systems and organization.

Mark Juras is president of Great Migrations LLC, a technology solutions provider that specializes in helping people migrate their software applications from one platform to another via translation from one programming language to another. At the time of writing this article, Mark was System Architecture Manager for BMW Financial Services of North America.